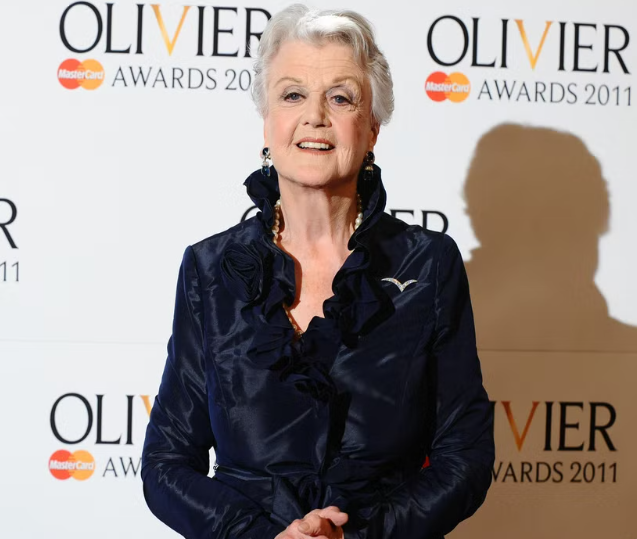 Angela Lansbury, the scene-stealing British performer who starred in the Broadway musicals “Mama” and “Gypsy” and the long-running television series “Murder, She Wrote” as crime novelist Jessica Fletcher, has passed away. She was 96 years old.

Lansbury passed away on Tuesday at her Los Angeles home, according to a statement released by her three daughters. She passed away five days before her 97th birthday.

Lansbury earned five Tony Awards and a lifetime achievement award for her Broadway appearances. She was nominated for an Academy Award as a supporting actress for two of her first three films, “Gaslight” (1945) and “The Picture of Dorian Gray” (1946), and again in 1962 for “The Manchurian Candidate” for her depiction of a communist operative and the protagonist’s mother.

Her manner led producers to cast her as a much older actress than her true age. In 1948, when she was 23 years old, she dyed her hair with gray so she could portray a forty-ish newspaper editor with a crush on Spencer Tracy in the film “State of the Union.”

She returned to Broadway and was nominated for another Tony Award in 2007 for Terrence McNally’s “Deuce,” in which she played an aggressive, belligerent former tennis great who reflects with another ex-star while watching a contemporary match from the stands. In 2009, she received her fifth Tony Award for her performance in a revival of Nol Coward’s “Blithe Spirit,” In 2015, she won an Olivier Award for the same role.

Angela Lansbury, an award-winning actress and Disney Legend passed away today at her home in Los Angeles at 96. Her roles in Bedknobs and Broomsticks (1971) and Beauty and the Beast (1991) endeared her to fans of all ages and across many generations.

Read More: Chiefs cling to 30-29 victory over rival Raiders despite the crazy finish.

She returned to Disney two decades later to voice Mrs. Potts, the enchanted teapot in the classic animated Beauty and the Beast, premiering the timeless title song composed by Disney Legends Howard Ashman and Alan Menken. Her warm, commanding performance captivated both the audience and the reviewers. Leonard Maltin, a film critic, described Angela’s performance in the 1991 picture as “simply lovely.” He continued, “She is affectionate. To portray something with only your voice…something there’s incredibly compelling about the character and her performance.”

Angela went on to do the voice of Mrs. Potts in Beauty and the Beast: The Enchanted Christmas (1997) and Kingdom Hearts II (2006). Later, Angela acted as a segment host for the Studio’s millennial animated masterpiece Fantasia 2000 (2000), introducing Stravinsky’s Firebird Suite. She narrated Beauty and the Beast Sing-Along for Disney.

Angela’s accomplishments on stage, in movies, and on television are innumerable but include six Golden Globe® Awards and eighteen nominations for Primetime Emmys. She also receives the National Medal of the Arts and the Kennedy Center Honors. In 1994, Queen Elizabeth II appointed her a Commander of the Order of the British Empire. Angela and Wally Boag, Fulton Burley, Dean Jones, Edward Meck, Fred Moore, Thurl Ravenscroft, Wathel Rogers, and Betty Taylor were admitted into the Disney Legends attraction at EPCOT in 1995.