According to a paper commissioned by the companies, a FIFA plan for a World Cup every two years and adjustments to the Club World Cup could cost the significant domestic football leagues and UEFA about €8 billion ($9 billion) every season in lost TV rights, match day and commercial agreements.

According to the research, more frequent international events and international club games might lead to significant changes in national leagues, such as a drop in the number of teams playing in them, a move from weekend to weekday games, and fewer domestic games. The analysis, prepared by KPMG and FTI’s Delta Partners and obtained by Reuters before publication, predicted that, in addition to reducing club income, such a change would reduce game viewer engagement. According to the report, it would also decrease marketers’ interest in domestic football and put pressure on players, resulting in impaired performance.

The president of football’s international governing body, Gianni Infantino, announced last month that FIFA considered having the World Cup every two years rather than every four years. Former Arsenal manager and FIFA’s head of global development Arsene Wenger has proposed a new schedule that would reduce the number of international breaks for qualifiers and replace them with one or two lengthier leaves to condense the qualifying process.

He proposed staging World Cups every two years, with continental tournaments like the European Championships and the Copa America in the between years. To combat player burnout, he is also advocating for enforced rest intervals. However, the concept has met with considerable criticism from UEFA, which organises the extremely popular and profitable Champions League and national leagues with massive worldwide followings such as Italy’s Serie A, Spain’s La Liga and England’s Premier League. UEFA president Aleksander Ceferin has claimed that holding the World Cup more frequently will dilute its importance and hurt other tournaments. He has promised to spearhead a European boycott of the next World Cup.

“Until now, club football has been 80%, national team football has been 20%, and I want to retain that balance,” Wenger stated in September. FIFA has yet to react to a request for comment from Reuters, but it has previously stated that it will conduct its feasibility assessment.

Even the least disruptive possibilities would cost those billions of dollars yearly, According To the Analysis

The analysis includes the MLS, Mexico, Japan, and South African leagues, as well as the European big five. Projected that the top 40 domestic leagues globally and UEFA club championships such as the Champions League may lose up to €5 billion every season in audio-visual deals alone, which is more than a third of what the leagues make in TV rights currently.

According to the analysis, the leagues would lose more than one billion euros per year in visual rights owing to a reduction in the number of matches, €1.75 billion due to a reduced calendar, and another €901 million due to changes in the schedule, with weekend games being moved to midweek. According to the report, the overall money collected by leagues in audiovisual rights would fall from more than €14 billion to around €9 billion.

According to Enders Analysis senior analyst François Godard, having a biannual World Cup would be extremely dangerous. “My concern is that demand will eventually dwindle. If you undermine the core product [national leagues], you run the danger of a sudden dramatic decrease “He told Reuters about it.

“You undermine your main product if you switch to this new model with a World Cup every two years and games having to be relocated from the weekend to the midweek and you have a shorter overall season and some players may not be available at some time.”

According to the analysis, commercial losses may reach €2.16 billion every season, a decrease of about 25%. The negative impact on match day revenues could cost the clubs €1.2 billion, a reduction of around 25%.

It considered numerous eventualities. However, all of them anticipate that beginning with the 2024-25 season, and they will be compelled to cut to 18 teams and end their seasons in early May to accommodate FIFA’s plans. It was unclear how many matches would be cancelled.

“These measures are against leagues, clubs, and players,” remarked Bonilla. FIFA earned $5.37 billion from the 2018 World Cup.

6 Ways How to Get Water Out Of Your Ear

Fri Nov 26 , 2021
Water becomes stuck in the ear most often after swimming, although it can happen at any moment. If the water does not normally drain out of the ear, a kind of infection known as the swimmer’s ear may develop. A tickling feeling that goes from the ear to the jaw […] 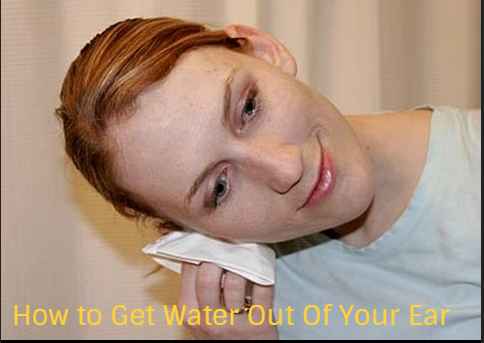