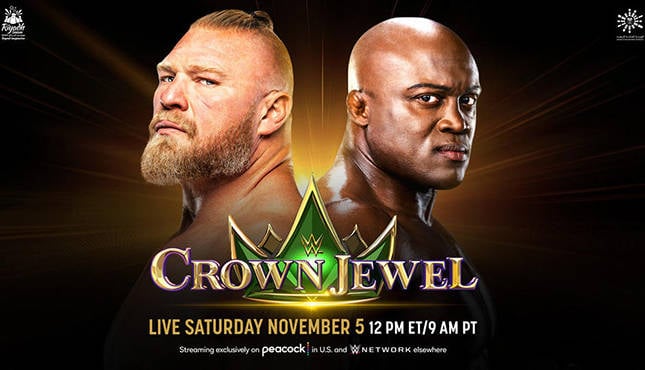 Crown Jewel, the WWE’s return to pay-per-view, will air live from Mrsool Park in Riyadh, Saudi Arabia. The broadcast will begin at noon ET and will be available on Peacock.

A great deal has transpired in the lead-up to this tournament, and we should see a respectable performance overall. If you haven’t been watching Raw or Smackdown in the previous month, we’ll catch you up on how these Crown Jewel matches came to be.

In September, Reigns spoke on Paul’s ‘Impulsive’ podcast, and the two began throwing barbs on social media afterwards, precipitating this blockbuster title bout. Later that week, an official match for Crown Jewel was announced, and both competitors participated in a press conference in Las Vegas to advertise the event.

Over the past month, the two have made promos on Friday Night Smackdown and met on multiple occasions. When he knocked out Jey Uso a few weeks ago, the underdog Paul proved that he needed one lucky blow to pull off the upset. The champion has dismissed any fear of losing to the social media celebrity, underlining that he will continue his two-year reign of dominance.

Since SummerSlam, Belair has teamed up with Alexa Bliss and Asuka to oppose Bayley’s Damage CTRL faction, which consists of Iyo Sky and Dakota Kai. Last month, the two engaged in a ladder battle at Extreme Rules, in which the champion kept her title.

A few weeks ago, on Monday Night Raw, Bayley defeated Belair by pinfall with the assistance of Nikki Cross. That set up this title match in which a 10-count knockout of their opponent will determine the winner.

The night following Extreme Rules last month, Lesnar made an unexpected comeback and assaulted Lashley, who was scheduled to defend his United States Championship against Seth Rollins that evening. Injured Lashley ultimately lost the championship, paving the way for him to get revenge on the “Beast.”

In the weeks leading up to Crown Jewel, both have engaged in pull-apart brawls on the show to prove their authority. This will be their second ppv match of the year; their first was at the Royal Rumble in January.

Kross has repeatedly attacked McIntyre since his debut on Friday Night Smackdown a few months back. Kross won a strap match against McIntyre at Extreme Rules with assistance from Scarlett’s macing of McIntyre in the face.

McIntyre attacked the rookie in the parking lot and rendered him unable to compete in a No. 1 contender’s match for the Intercontinental Championship the following week. This steel cage bout was then established as the conclusion to this conflict.