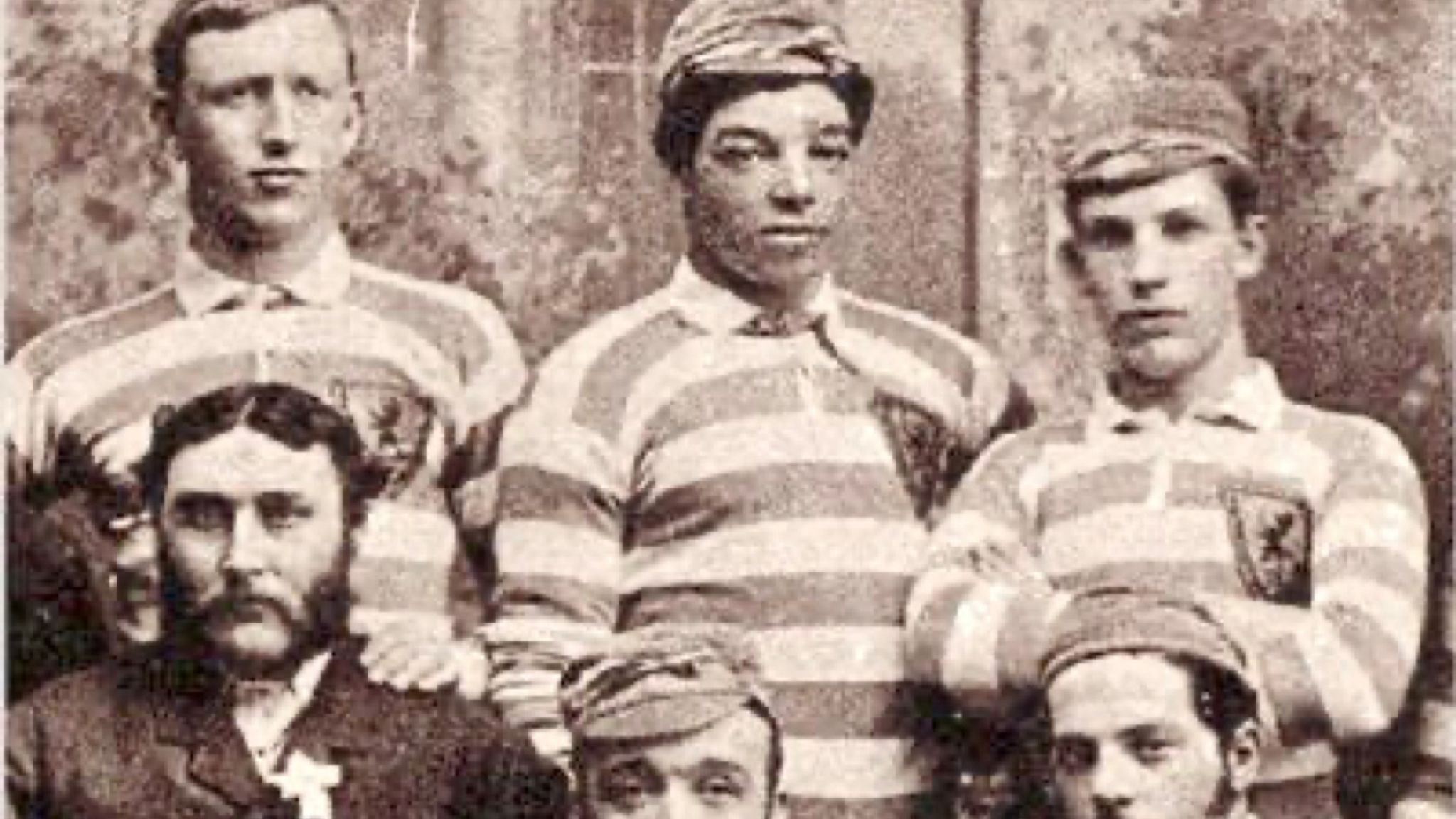 Watson was born in Georgetown, Guyana, in 1856 to a wealthy Scottish businessman who was married to a Guyanese woman. After migrating to Scotland at age 5, young Andrew Watson began to plant the seeds for his future as a player. The game was less organized and still dominated by amateurs at this time, although this would alter over the years.

After his father’s passing and completion of engineering studies at the University of Glasgow, Andrew Watson ran a thriving wholesale warehousing business while playing football on the side. Watson steadily gained expertise as both a player and a businessman as he earned a reputation as a swift and deft full-back for Queen’s Park FC.

As one of the top teams in the Scottish league at the time, Queen’s Park FC frequently competed for trophies. Andrew Watson was one of the earliest Black footballers to represent their country after being offered the option to play for the Scotland National team shortly after winning a Scottish Football league championship.

Read more Edinson Cavani is pleased with his initial goals for Valencia.

Watson was first in the sport on numerous occasions. In March 1881, he led his team to a 6-1 triumph over “The Old Enemy” as the first Black player to lead his country.

Even though football was primarily amateur in its early years, Watson joined Bootle FC in northern England in 1887 due to his talents. It is unknown for definite. However, Bootle FC was rumored to pay its most prominent players at the time. This would make Watson the first African-American professional footballer if paid, adding yet another first to his long list of achievements.

Watson and his sister inherited a considerable sum of money upon the death of their father in 1869, which enabled him to become financially independent. At 19, the funds allowed him to enroll at the University of Glasgow, where he studied natural philosophy, mathematics, and engineering. During this period, his enthusiasm for football developed significantly.

He left university after one year and became a partner in Watson, Miller, and Baird, a Glasgow-based wholesale warehouse business, while simultaneously playing football on the side.

Watson eventually became the SS Darien’s chief engineer for the West Indian and Pacific Steamship Company, a position that required Watson to tour the globe.