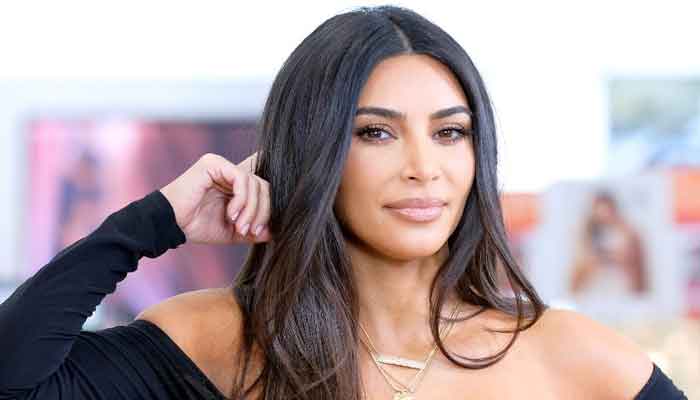 Kim Kardashian West took to Twitter to discuss the “cold machinery” of the death penalty in the United States, ahead of Julius Jones’ scheduled execution.

Jones, 41, is scheduled to be executed on Thursday at the Oklahoma State Penitentiary in McAlester for the 1999 shooting death of businessman Paul Howell during a carjacking. He has maintained his innocence throughout his life.

However, Oklahoma Gov. Kevin Stitt is still considering whether to accept the recommendation of the state Pardon and Parole Board to commute Jones’ sentence to life in prison without the possibility of parole.

Stitt has not stated whether he will grant clemency to Jones, but a growing chorus of celebrities, Republican state legislators, and religious leaders have urged him to accept the parole board’s recommendation.

Supporters, including Jones’ mother, Madeline Davis-Jones, paid a visit to the state Capitol on Monday in the hope of meeting with the Republican governor. A governor’s office official informed her that he was unavailable.

Later Monday, in a lengthy Twitter thread, Kardashian West stated that she, Jones’ family, and supporters are all “anxiously awaiting” Stitt’s decision.

“Julius, his family, and his teammates remain optimistic that Stitt will do the right thing. Today, invitations to Julius’ execution were sent to his family and close friends “she penned. “I have no idea how they must all be feeling right now.”

Since his case was profiled in The Last Defense, a documentary series produced by Viola Davis and broadcast on ABC in 2018, the reality television star turned criminal justice reform advocate has advocated for Jones.

In November of last year, she paid him a visit on death row.
Kardashian West continued in her Twitter thread by detailing the process of an execution in Oklahoma.

Jones, Kardashian West wrote, has been “on death watch for more than two weeks.” “He is alone in his prison cell, just feet from the executioner’s chamber, as he awaits his execution on Nov. 18. He was strip searched and x-rayed before being issued a new set of clothes, shoes, mattress, and bedding.”

Oklahoma is “so hell-bent on vengeance that they will go to any length to ensure they can execute Julius – including reviving him if he goes into cardiac arrest prior to the execution,” she wrote in another tweet, alongside a screenshot of the relevant section of the state’s execution policy.

“As is the case with all incarcerated people executed by the Oklahoma Department of Corrections, #JuliusJones organs are not donation eligible. The personnel who will carry out his execution are being chosen and trained “Continuing, she stated.

“The Inspector General will obtain the body bag and identification tag from the medical examiner’s office on Thursday, and all witnesses to the execution will be chosen. They will restrict access to the unit where Julius is being held next week and conduct equipment checks.”

Jones’ phone privileges will be revoked at 9 p.m. on Wednesday, Kardashian West adds, and he will receive his final meal.

“For the final four hours of his life, he will be checked on every 15 minutes. He will then be executed “she penned.

“This is the cold machinery of the American Death Penalty. In less than two days, an innocent man could be executed. My heart breaks for Julius and the countless others who have been victimised by such heinous miscarriages of justice.”