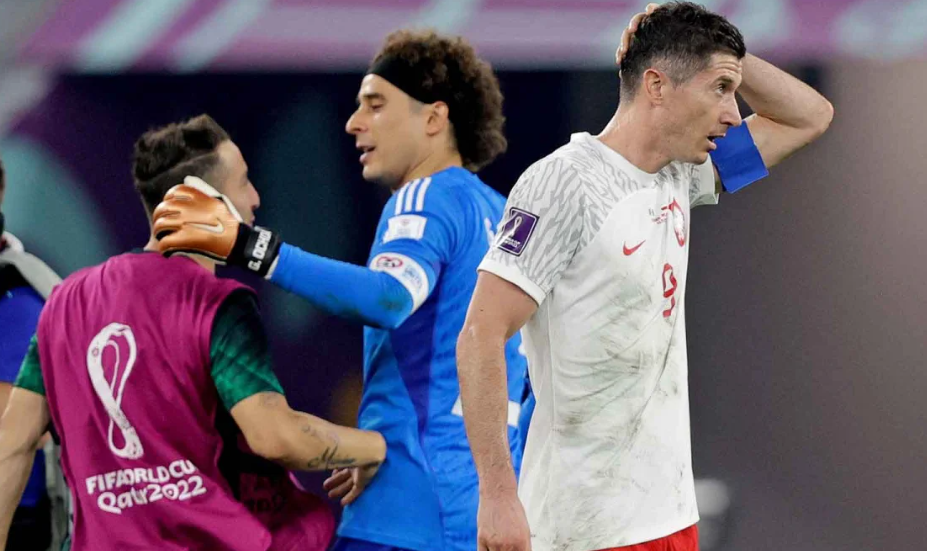 Tuesday’s opening Group C match between Mexico and Poland finished in a scoreless draw, unable to be broken by even the enthusiasm of the Mexican crowd.

The draw comes hours after Saudi Arabia pulled off one of the biggest upsets in World Cup history, rallying from behind to defeat Argentina 2-1, and Tunisia drew with Denmark in the first scoreless Group D match of the tournament.

In an unexpected turn of events, Saudi Arabia now leads Argentina, Poland, and Mexico with three points in Group C. Poland and Mexico both have one, but Argentina has none.

El Tri dominated the game from the opening kickoff, holding 63% of first-half possession. The offensive unit’s bombardment of crosses put pressure on the Polish defense, but they were unable to convert in the first half.

In the 58th minute after returning from halftime, Poland’s renowned scorer Robert Lewandowski had a penalty kick opportunity to break the deadlock. The 34-year-old with a perfect 10-for-10 record on penalty kicks went up to the line with Poland on the line, but was stopped by the heroics of Gulliermo “Memo” Ochoa. The Mexican goalkeeper went low and to the left to block Lewandowski’s strike before rising in anticipation of the rebound.

The 37-year-old goalkeeper is participating in his fifth World Cup and has become a national icon over the years.

Mexico again challenged the Polish defense during the next forty minutes, but the Eagles’ backline held strong to keep the score tied. Throughout the second half, both teams utilized a number of substitutes, but none were able to offer the required spark to score.

Mexico controlled the ball 61% of the time and had 11 shots, four of which were on target, compared to Poland’s six (two on target).

Now, Mexico will play Argentina on Sunday at 2 p.m. ET/11 a.m. PT. A victory for Mexico would result in the elimination of Lionel Messi and Argentina from the competition.