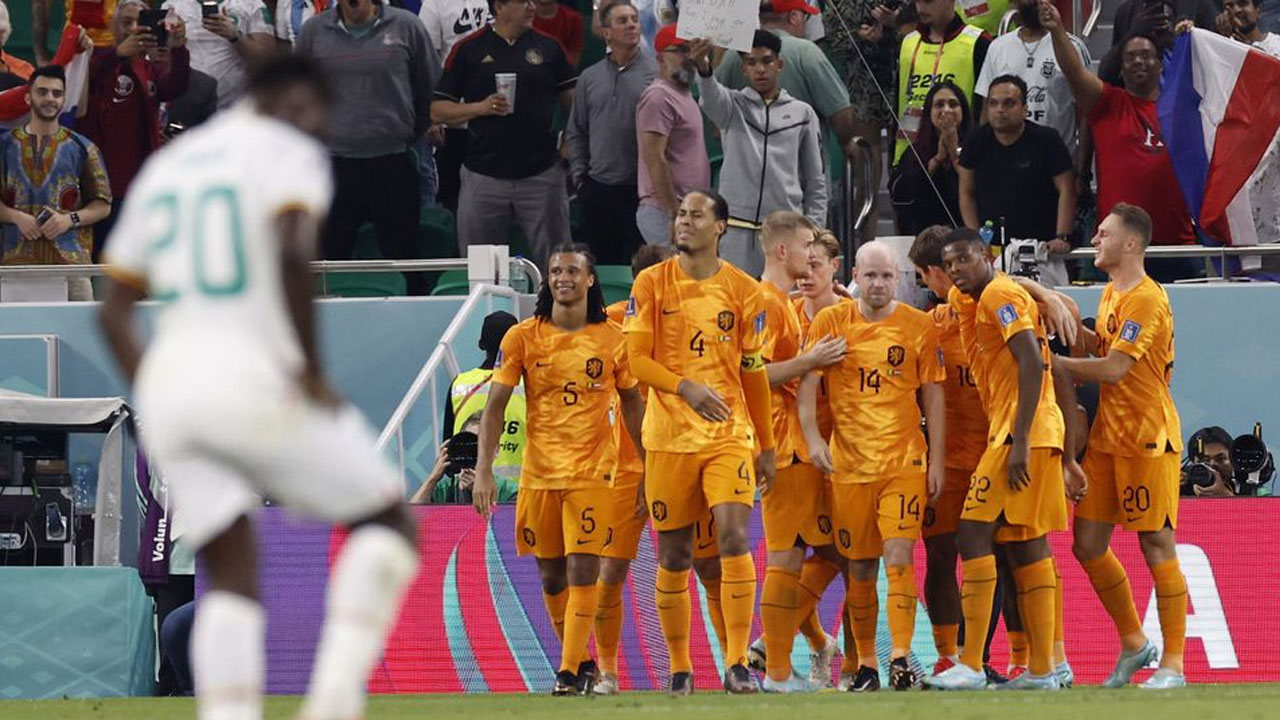 After missing the 2018 World Cup, Netherlands kicked began its Qatar campaign with a perfect 2–0 victory over Senegal.

Despite losing Sadio Mané for the duration of the tournament due to injury, Senegal appeared to have the upper hand for the majority of the game, preventing the Dutch from taking a shot on goal for more than 80 minutes. Cody Gakpo, the reigning Dutch Footballer of the Year, scored with the Oranje’s first effort on target in the 84th minute, and Davy Klaassen added a second goal in the 99th minute.

It was the 16th consecutive victory for the Dutch, putting them in a strong position to win the group with Ecuador and Qatar to come. The Netherlands adopted a strategy of bending but not breaking in response to Senegal’s offensive.

Senegal nearly got off to a great start in the first minute, but Boulaye Dia’s effort was stopped in the nick of time after taking advantage of a defensive error by Matthijs de Ligt.

Ismala Sarr, a winger for Senegal, was the most dangerous player within the first ten minutes. In the ninth minute, the Watford attacker had an opportunity to score from the edge of the penalty box, but he blasted his shot just over the crossbar.

Daley Blind had a serious opportunity for the Dutch in the 17th minute when he connected with a looping cross from Gakpo, but his header went just wide.

Two minutes later, the Netherlands got their finest chance of the match with a lightning-fast counterattack that concluded with Frenkie de Jong at the receiving end of a pinpoint pass from Steven Berghuis. De Jong wasted the opportunity when he paused while attempting to circumvent a handful of defenders instead of shooting.

Senegal’s first effort on goal came in the 33rd minute from a distance by Youssouf Sabaly, but Dutch goalkeeper Andries Noppert had little trouble stopping it.

In the 40th minute, following a picture-perfect counterattack, Berghuis gave Senegal a scare with a rocket shot from the outskirts of the area. The opportunity went just over the crossbar, although it appeared to be deflected by a Senegalese defender, however no corner was awarded.

In the 53rd minute after halftime, Virgil van Dijk nearly gave the Oranje the lead. The Liverpool defender leaped to meet Gakpo’s corner kick and narrowly missed the crossbar.

Senegal’s Dia created a good opportunity in the 65th minute, firing a fast, one-time shot at goal that prompted Noppert to make a quick stop.

One of Senegal’s most experienced players, Kouyate, was carried off on a stretcher in the 72nd minute with an apparent hamstring injury, adding to the team’s injury troubles.

The Dutch seized the lead with their first shot on goal in the 84th minute, which was taken by Gakpo. After de Jong fired a long cross into the area, Gakpo rushed to meet it, leaping above his opponent to score and give his team a 1-0 lead.

Then, in the final minute of extra time, Klaassen increased the Netherlands’ lead by converting a rebound after Depay’s attempt was saved.

The Dutch will now face Ecuador, who defeated Qatar by a score of 2–0 to move to the top of Group A with three points. In the second match in the group, Senegal will face Qatar.