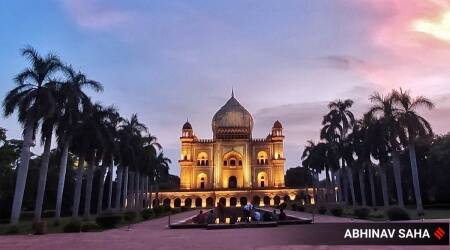 Afghanistan’s T20 World Cup warm-up match began with Shaheen Shah Afridi wreaking havoc with his bowling. During the powerplay, the left-arm pacer took two wickets in his allotted four overs at the Gabba.

While Hazratullah Zazai missed out on a couple of swinging deliveries from Afridi, Rahmanullah Gurbaz lost his wicket and footing due to a toe crusher delivered by the 22-year-old to wrap the Afghan opener’s pads. The broadcasters announced shortly after Gurbaz was assisted back to the dugout that he was rushed to the hospital for more scans on the injury.

In the meantime, Afridi proceeded to torture Afghanistan by taking another wicket, this time bowling Hazratullah Zazai out with a low full-toss. Afridi conceded only five runs off his first two overs, but his final over yielded 24 runs as he concluded with stats of 2/29.

This was Afridi’s first complete spell after returning to the Pakistan squad after undergoing treatment for a knee ailment. The left-handed pitcher was observed adjusting his knee strap during the second warm-up match, but he appeared at ease during his run-up.