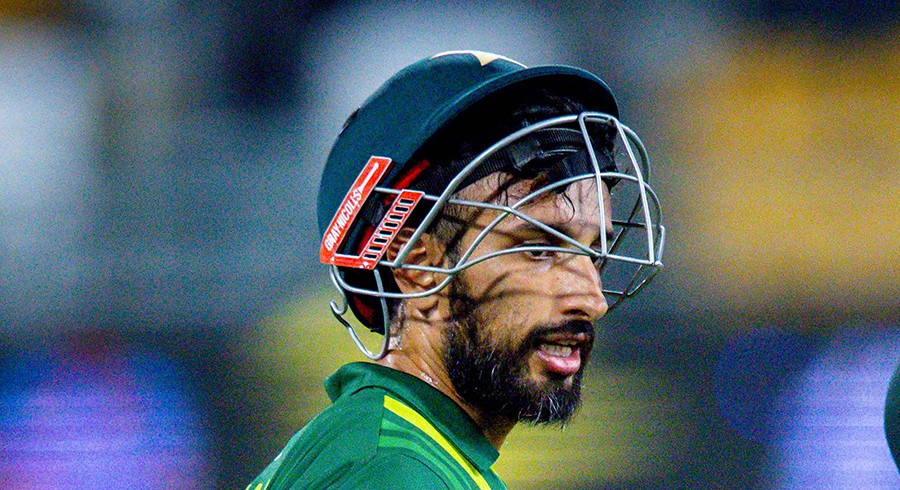 Shan Masood was taken to the hospital for scans after suffering a bizarre injury during practice on Friday at the Melbourne Cricket Ground (October 21). While standing in the batter’s box, the 33-year-old was smacked on the side of the head.

After being struck, Masood fell to the ground in agony and was attended to by the team physician. Thankfully, he was able to walk away from the nets area and was taken to the hospital for further evaluation of the injury.

Given that it is a head injury, Masood will likely be kept under observation and there will be an anxious wait to see if he can play in Pakistan’s T20 World Cup opener on Sunday against India.

The left-handed batsman was recently added to the T20I squad and has played all 12 of his T20I games in the previous month, scoring two fifties.

PCB confirmed later in the day that all of Masood’s neurological observations are normal and that his CT scan reveals only superficial bruises where he was struck by the ball. Saturday, according to the board, he will be re-evaluated for a concussion (October 22).

Should Masood be unable to play against India, Pakistan might replace Usman Qadir with Fakhar Zaman, who was recently drafted back into the 15-man team.

Zaman just returned from a knee injury and even took a fitness test in Brisbane during Wednesday’s postponed warm-up match between Pakistan and Afghanistan.