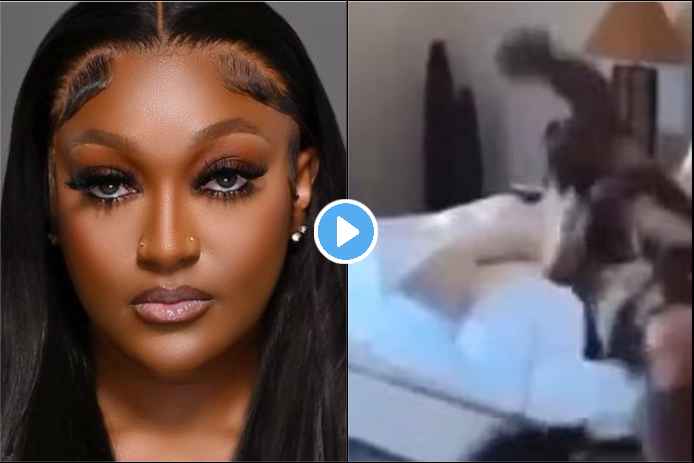 Charlotte, North Carolina – Social media posts have been spreading a nationwide call for justice as more people become aware of the tragic death of 25-year-old Shanquella Robinson in Cabo San Lucas, Mexico a month ago. There are many posts that use the hashtag “#JusticeforShanquella” as well as variations thereof.

The North Carolina Beat reports Robinson left for Mexico with friends on October 29. Within 24 hours, the friends reported Robinson had alcohol poisoning and died a few hours later.

There is much more to Robinson’s death, according to her family.

During a trip with friends, Robinson was attacked by one of her companions according to a video posted online. Due to the graphic nature of the video, WCNC Charlotte does not intend to air it.

Developing details like these should compel Mexican officials to take a second look at the case, according to retired FBI assistant director Chris Swecker.

“Based on the autopsy, I think this is a suspicious death that ought to be thoroughly investigated, and the more you put it front and center with the media,” Swecker said. “I’ve had experience with this before the more the Mexican government will apply pressure to their investigative agencies and get to the bottom of it.”

Neither the assault on Robinson nor her death has led to any charges against anyone in the group. It is legal for the FBI and State Department to investigate the murder of a U.S. citizen by another U.S. citizen in a foreign country, but there are limitations.

“If the foreign country is willing to prosecute… that individual they will exercise that jurisdiction,” Swecker said. “The other one is if that perpetrator is out of the country where the murder took place and that country has no means of prosecuting or investigating the perpetrator.”

The Charlotte-Mecklenburg Police Department said it is not involved in the investigation at all. In an attempt to locate Robinson’s friends, WCNC Charlotte has tracked them down, but they have either not responded or have moved out of the area.

According to WCNC Charlotte, the FBI Charlotte Field Office is investigating her death. As a result, they released the following statement:

“The FBI Charlotte Field Office has opened an investigation in the death of Charlotte resident, Shanquella Robinson in Cabo San Lucas, Mexico, on or about October 29, 2022. Due to the ongoing investigation, we have no further comment.”