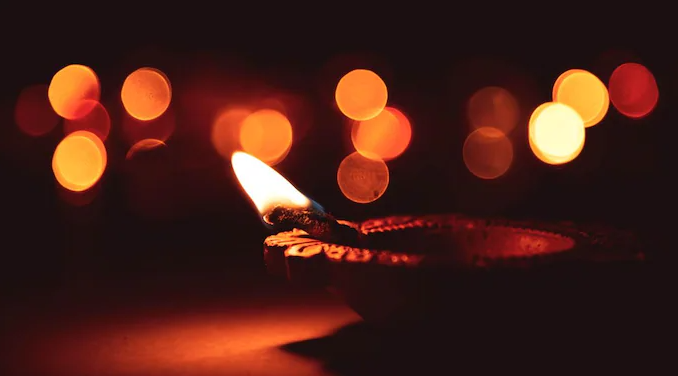 Diwali is the most significant yearly celebration in India, and billions of people worldwide, primarily Hindus, celebrate the festival annually. Diwali is a celebration of the triumph of light over darkness, as well as the spiritual triumph of good over evil. Let’s investigate the history of the event and the most intriguing and significant facts about this celebration.

Diwali is a five-day holiday observed in 2022 between the 22nd and 26th, with the 24th being the most important day. The position of the moon controls the dates of the celebration each year, hence the dates of the festival change annually. Typically, it occurs between October and November.

Each day of the festival has its own name and importance, and devotees rejoice and immerse themselves in old customs on that day.

The history and legends behind Diwali

Diwali is celebrated by Hindus, although it is also commemorated by people of other faiths. Additionally, Jains and Sikhs have their own rituals and religious importance surrounding the occasion. Each religion and some subsects have their own narratives at the center of the festival.

In one of the most important tales of Hindu mythology, Diwali is regarded as the day on which Lord Rama, his wife Sita Devi, and his brother Lakshmana return home after fourteen years of exile. In the story, villagers blazed a route for Rama’s return, and in some regions, recreating this trail is crucial to the festivities.

Diwali also commemorates the day Lord Krishna triumphed over the demon Narakasura and liberated the kingdom’s citizens, according to a Hindu legend that is frequently recounted. After the demon was vanquished, Krishna declared a day of celebration. Some regions of India celebrate Diwali by burning demon effigies.

In some traditions, Diwali is intimately associated with the harvest and the new year.

There are numerous customs and superstitions associated with Diwali. Two days before the main festival day, many individuals purchase a metal cooking utensil that is considered a good luck charm.

Little Diwali (Choti Diwali) is the day before the main Diwali celebration, and it is usually a time to prepare for the big day. It is now more regularly used for last-minute errands and family gift exchanges. It is also the day when floors are decorated with rangoli utilizing powders, petals, and rice flour to create traditional floral and geometric patterns.

The third day of Diwali is the most important. When the sun sets, prayer time begins and clay lamps are placed to symbolize the festival’s renowned lights. The holiday is also closely associated with fireworks displays, which are widespread in India and many other countries.

The day following Diwali is somewhat muted, and celebrations vary from region to region. In many locations, such as North India, the morning is devoted to the worship of work-related items such as kitchen utensils, paint palettes, pens, and paper.

The final day of Diwali provides an opportunity for sisters to pray for the well-being of their brothers and receive sweets in exchange.

In many civilizations, the weeks preceding Diwali are of enormous significance. It is a customary time for remodeling the home, purchasing new clothing and trinkets, and exchanging food and jewelry as gifts. Dinner parties and outdoor food festivals help generate enthusiasm for the primary Diwali celebration. Throughout the event, alcoholic beverages, finger foods, and parties filled with music and celebrations contribute to the enjoyment and excitement.

There are many various facts about Diwali, as it is celebrated across religions, but here are four that you may not have known.

Diwali falls on a night with no moon.

Diwali is celebrated during the Hindu lunar calendar month of Karthik on Amavasya, which translates to “moonless night.” If you choose the night of a new moon, the lights, lamps, and fireworks will be much brighter, highlighting the contrast between light and darkness.

The literal Sanskrit translation of Diwali is “row of lights.” This name is chosen to represent the celebration of light over darkness and the triumph of good over evil. The event is a celebration of all things luminous, and towns of all sizes across the globe light up in celebration.

Diwali is a festival honoring the goddess Lakshmi

Lakshmi, the goddess of prosperity, is the primary deity involved with the celebration. Lakshmi is the most prominent of the gods associated with the event, despite the fact that several religions are involved. Lakshmi is the goddess of prosperity, as well as beauty and good fortune, and many people pay her homage and worship her in the hope that she will bestow good fortune on them and their loved ones.

Diwali is mostly regarded as an Indian celebration, with over one billion Indians celebrating the event. However, the Indian diaspora is significantly more widespread, and Diwali is celebrated by persons of Indian heritage in nearly every nation on earth. It is a national holiday in eleven countries, including Trinidad and Tobago, Fiji, Mauritius, Guyana, Malaysia, Singapore, Suriname, Nepal, Myanmar, and Sri Lanka.

Some Indian states, including the nation’s capital, New Delhi, have prohibited the sale of fireworks and placed further restrictions to reduce pollution. Authorities have also recommended citizens to use “green crackers,” which produce fewer pollution than traditional firecrackers. However, similar prohibitions have frequently been disregarded in the past.