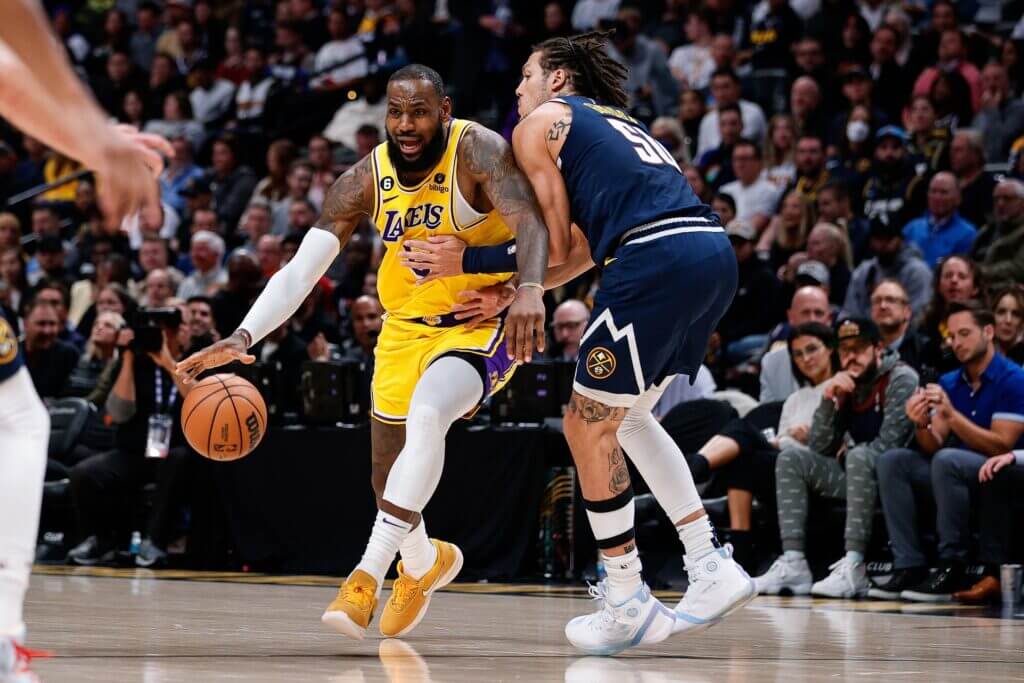 The Lakers are disarray. There are still three winless NBA teams: the Magic, who held the No. 1 selection in this year’s draft, the Kings, who haven’t made the playoffs in 16 years, and the Lakers, who employ three future Hall of Famers.

Last night in Denver, Los Angeles fell 110–99 to the Nuggets, falling to 0–4 on the season. Chris Mannix said yesterday before the game, “it is not an exaggeration to say the Lakers’ season is in jeopardy of falling apart.” What are we to make of this team following yet another defeat?

Read More The Watcher, a true-crime thriller on Netflix, is all sensationalism and excess.

Rightfully, Mannix’s editorial focuses primarily on Russell Westbrook’s troubles. After his terrible performance during the previous season, his future with the team was questioned throughout the offseason. The primary narrative of the Lakers’ season became how they would deal with a weakened Westbrook after they decided not to move him. He has been awful, but the Lakers cannot blame him for last night’s loss.

Westbrook missed the game against Denver due to a hamstring ailment. Despite the fact that LeBron James (19 points, nine assists, seven rebounds) and Anthony Davis (22 points, 14 rebounds, three steals) put up respectable statistics, the Lakers’ supporting cast continues to fall short. Lonnie Walker IV was the only other player to score in double figures (he scored 15). James was not completely blameless, as he turned the ball over eight times.

James told reporters, “I wasn’t aggressive enough in a lot of my turnovers.” “I was coming off many screens, looking to pass and involve teammates, but I lacked aggression. I committed sloppy turnovers.”

As has been the case in every game, shooting posed the most difficulty. James stated after the Lakers’ season-opening loss to the Warriors that they are “not a shooting team,” and they have proceeded to show him correct every night. Last night, they shot.444 from the field and.267 from three, confirming their status as one of the NBA’s worst shooting teams. Their team shooting % of.416 is second-worst in the NBA, behind only the Thunder, and their three-point shooting percentage of.223 is dead last by a significant margin.

If the Lakers want to tackle their three main issues — the dead weight of Westbrook, the lack of depth behind James and Davis, and their awful shooting — there is a straightforward option staring them in the face. During the offseason, the Pacers reportedly proposed a trade that would have sent Myles Turner and Buddy Hield to the Lakers in return for Russell Westbrook and two first-round lottery selections (2027 and ’29).

Rob Pelinka, the general manager of the Los Angeles Lakers, could expedite a trade with the Indiana Pacers if they are still interested in acquiring Victor Wembanyama. The Pacers appear destined to win the Victor Wembanyama sweepstakes, so they should be interested in this deal. Here are Mannix’s thoughts on the proposed agreement:

Whatever the Lakers decide to do, they must act quickly. Westbrook is a liability on this club and has no future there. Before falling further into disarray, the Lakers must trade him away. Even yet, there is no assurance that the players they obtain in exchange will be sufficient to make the squad a postseason contender.