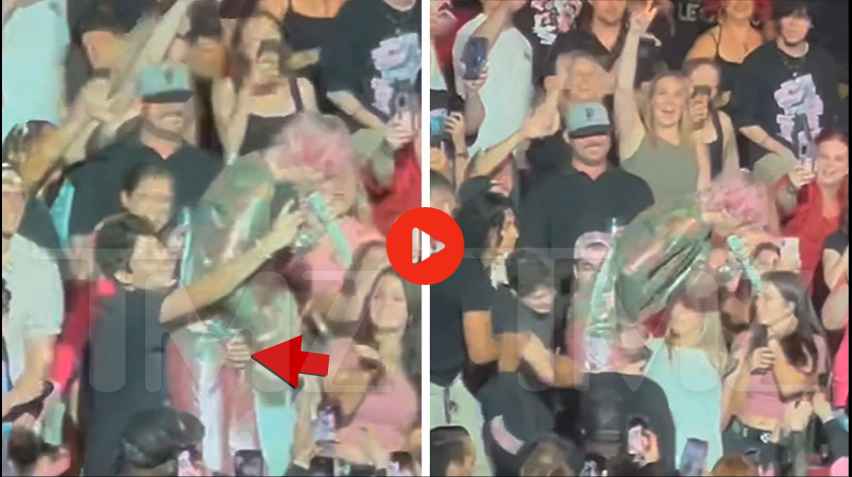 As part of his Mainstream Sellout tour, the singer performed Thursday at the Moda Center in Portland, OR, and at one point during the show… he climbed up into the seats with audience members and sat right next to some of them.

As seen in the video obtained by TMZ, this man appears to be trying to get a selfie with MGK by wrapping his hand around him.

Clearly trying to break away from Kelly, this concertgoer should’ve just stopped there, but he wasn’t done yet. His arm wraps around MGK’s waist and reaches into the frontal area as he grabs on tighter.

He grabbed some of Kelly’s junk and held on tight – until MGK himself took out his hand … and someone else, maybe security, pushed him back.

It seems that nothing came of this – but it just goes to show that live settings like these are leaving people out of pocket more than ever.