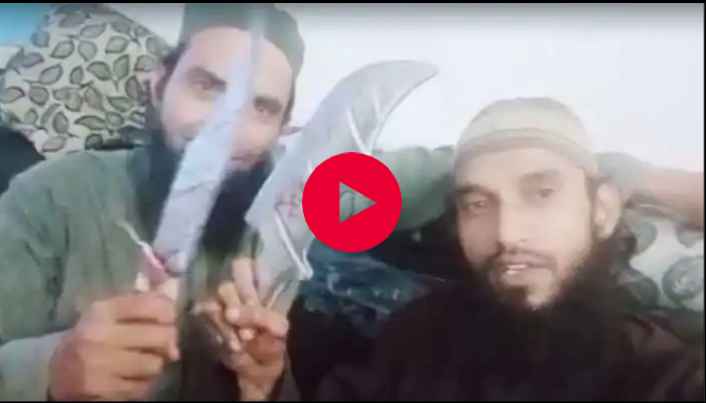 Two men who were caught on camera killing a tailor in Udaipur, Rajasthan, fled city on motorcycles with helmets covering their faces before police caught up with them.

A 48-year-old man named Kanhaiya Lal was killed in his shop yesterday by two men who filmed the crime, expressed a sense of vengeance “for insulting Islam” and threatened Prime Minister Narendra Modi.

The National Investigation Agency (NIA) has been asked to take over the case by the center because it has been classified as a terror attack.

Yesterday evening, two of the men in the video were arrested, Gos Mohammad and Riyaz Akhtari.

Rajsamand police chief Sudheer Chaudhary told news agency PTI that the two men sped the bike on a highway on the outskirts of Udaipur as they attempted to flee.

Their path was blocked by police guarding a barricade. Police overpowered the two and arrested them as they tried to escape. In a video posted by Nitin Agrawal, Congress’ social media coordinator, all of this was seen.

BJP leader Nupur Sharma was suspended by the party over her comments on Prophet Muhammad on TV, and Kanhaiya Lal, a father of two sons, complained of death threats in response to his social media post supporting Nupur.

As part of the state’s compensation package, the family will receive 31 lakh rupees and both sons will be employed.

In Udaipur, the police report that the situation has calmed down except for sporadic minor incidents after violent protests yesterday.