Students arrive for classes at Nancy Reagan High School as the first scene of Wednesday’s premiere. Wednesday discovers that her younger brother Pugsley has been victimized by bullies. The bullies tied him up and placed an apple in his mouth in her locker. As she unties him from the ropes, she sees what the bullies did and leaves to confront them.

Wednesday discovers the red-bellied piranhas in the school swimming pool and releases two bags of them into the water. She observes the piranhas attacking the boys in the water with absolute excitement and delight.

The next scene changes to Wednesday’s parents driving her to Nevermore, and she appears rather unhappy about this. Her parents try to reassure her that Nevermore is the ideal school for her and that she will adore there. Wednesday believes they are bringing her to the school so she may continue some sort of legacy they left behind. (Her parents met and fell in love at the school where they both attended).

Her mother, Morticia, insists that they take her to the new school since her peers will understand her there. A wonderful location unlike any other. In addition, Wednesday was nearly charged with attempted murder for what she did to the bullies at her previous school.

They quickly arrive at Nevermore, where Larissa, the principal, greets them. She is, it turns out, Morticia’s former roommate. She is sufficiently pleased by Wednesday’s perfect grades and the family’s lengthy history with the institution to make an assumption and accept her midterm. Morticia is concerned about Wednesday’s mental health and informs the principal that the court has ordered Wednesday to participate in therapy. Larissa explains that they have a licensed therapist available on Wednesdays twice every week.

The principal assigns Wednesday to Ophelia Hall, her mother’s old dorm, and introduces them to Wednesday’s new roommate. Enid Sinclair is an extroverted young lady who is eager to meet her new roommate and give her a tour of the school. Wednesday has no interest in knowing much about the institution because she does not intend to remain there for long.

Enid is eager to mention Wednesday’s alleged run-in with the law at her former high school. Wednesday gently reveals the veracity of the rumors. Enid continues to tour Wednesday about and informs her about the school’s four social cliques: fangs, furs, stones, and scales.

The family bids Wednesday farewell, and Morticia warns her against escaping from school. Wednesday believes her mother undervalues her and intends to abandon the educational prison they have enrolled her in. Her mother tells her she is brilliant, yet she occasionally stands in her way. She leaves her with a small parting gift, an obsidian pendant, and a crystal ball for communication. Her father also gives her a chunk of a hand that will covertly watch over her.

A sheriff and another cop find human remains in the woods near Nevermore. According to the female officer, two similar attacks occurred one week prior. The sheriff intends to issue a warning to discourage hikers from entering the forest by blaming the bears. He is aware that the hikers were not attacked by a bear and believes the killings are related to Nevermore. Unfortunately, he lacks evidence, so he will continue with the bear attack story for the time being.

Wednesday struggles to adjust to school life. The following morning, she forms a new adversary with the school’s queen B. She sustains an injury and befriends Rowan. She nearly dies as a gargoyle falls on her, but Xavier saves her just in time. He is repaying Wednesday for saving his life when they were both ten years old.

Wednesday discovers the gift her father left for her later that day. She chooses to make Thing her faithful assistant, and her first task is to escape the school.

Principal Larissa transports her to her therapy session because she desires to keep an eye on her. Wednesday requests to use the restroom during the appointment. She slips through the restroom window and travels across the street to the nearest cafe for information on how to leave the city.

She encounters a man on the street and has a vision of his death. The man’s rudeness leads her to conclude that he is not worth saving. In the cafe, she forms an agreement with Tyler. She will repair his coffee machine while he summons her a taxi. Tyler offers to drive her but requires her to wait an hour. She attempts to bribe him with money, but he refuses to be bribed. She decides to await his arrival.

While she waits, three boys enter the cafe and begin to harass her. She retaliates and defeats them with her combat abilities. The sheriff visits the cafe shortly after the battle and is startled to discover that she defeated three boys. His son Tyler denies having assisted her when asked.

Wednesday is quickly picked up by the principal when he arrives shortly. The sheriff is not pleased to learn that she is Gomez Addams’ daughter and informs her that her father is a murderer. As Wednesday drives back to school, the principal instructs them to quit creating enemies and begin making friends.

Enid and Wednesday become friends at school, and Wednesday asks Enid for permission to use her computer. She sends Tyler a message through Thing to call her. She enlists Tyler to assist her in escaping the harvest festival. Principal Larissa is keeping a careful eye on her, making it difficult for her to get lost.

Tyler arrives at the festival as scheduled and gives her her father’s police report. As Sarah and Tyler attempt to escape, the three boys she assaulted in the cafe approach her and Tyler. They are seeking retribution and a rematch. Tyler believes they should be lost in the crowd. They begin to go, but she encounters Rowan and gets another vision of him in danger.

He attempts to kill her because of a photograph and a premonition that his mother had 25 years ago. A mysterious monster appears and saves her by killing Rowan.

Her parents call at the end of the day, and she reluctantly acknowledges that she enjoys being in school.

Wednesday’s decision to remain in Nevermore in search of answers to everything she has discovered there portends an exciting and mysterious journey. The show channels a combination of Sabrina and Riverdale, with the customary Addams Family atmosphere, and it does it to excellent effect. From what we’ve seen thus far, this watch appears to be extremely intriguing. Are you excited about the forthcoming frightening adventures?

HyunA & DAWN have split up, love is dead

Wed Nov 30 , 2022
In startling news, HyunA confirmed on Instagram that she and DAWN have split up in a brief statement. The pair began dating in 2016 and announced their engagement in February of this year. Read more Wednesday Season 1 Episode 1 Recap and Analysis The singers HyunA and DAWN appear to […] 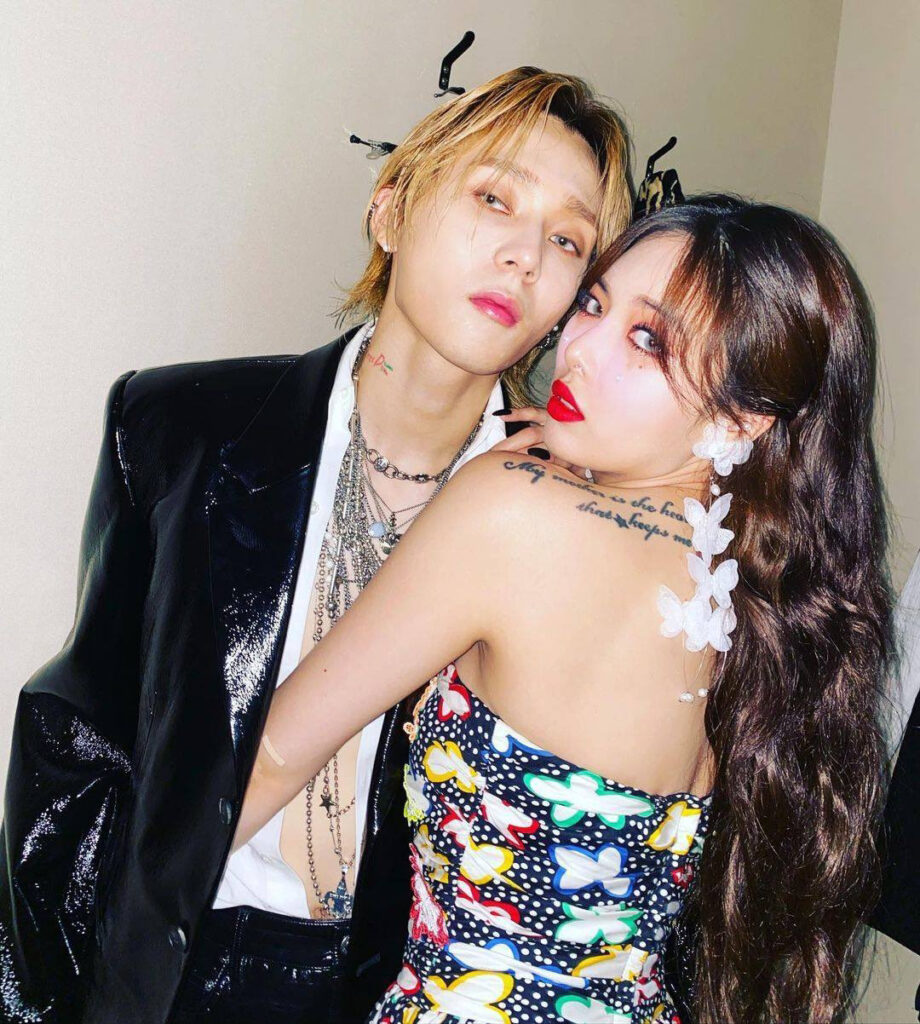