The second episode of the first season of Wednesday begins with police officers led by the sheriff searching the woods for Rowan’s body. However, they are unable to locate it. The sheriff does not accept Wednesday’s claim that a monster attacked Rowan and believes it was a Nevermore kid. The principal believes Rowan fled and is unhappy with the sheriff’s claims. The principal wishes the sheriff would leave after receiving Wednesday’s statement, but Wednesday requests to talk with him alone.

Eventually, the principal agrees to allow them to speak in private on the condition that whatever Wednesday says is off the record. Wednesday informs the sheriff that she believes Rowan’s death is being covered up. A police officer interrupts their chat and allows Rowan to enter the room by opening the door. He is indeed alive! This occurs much to everyone’s surprise, but Wednesday in particular.

The therapist wants to know why Wednesday lied about witnessing a murder during the therapy session. Wednesday is convinced she witnessed Rowan’s murder by a monster, but no one believes her. The therapist tries to reach Wednesday, but she refuses to open up lest she lose the battle. After her appointment, she meets Tyler, who is stunned to find that she is forced by law to attend treatment. Tyler affirms that she believes what she claims to have seen in the forest before receiving a message and leaving.

Wednesday informs Enid, upon her return to school, that she stayed to catch Rowan in his own game. She asks Enid what Rowan is saying about the problem, but Enid has no idea and advises she ask Xavier, Rowan’s roommate. Enid is currently concerned with the Poe Cup competition, so her role as school gossip is on hold for the time being.

She attempts to speak with Rowan, but the principal informs her that he has been expelled for reasons she is unable to disclose. The principal is also aware of her psychic talents and informs her about her mother’s vision. She inquires if Wednesday has discussed her visions with her mother. In addition, she requests that Wednesday choose an extracurricular activity by the end of the day, per school policy.

Wednesday, following her meeting with the principal, asks Thing to keep an eye on Rowan until his departure the next day. She then meets Bianca, the first person she encountered in the woods since the incident. She inquires as to what transpired after she fainted in the woods, but she is unhelpful.

Later, she encounters Xavier at the archery club, where she inquires about his roommate Rowan. Xavier informs her that Rowan has been tense for the past several weeks. Additionally, he urges her to avoid Tyler. Later, she attempts to speak with Rowan before he departs and inquires about the sketch he made of her during the attack. He claims to have no recollection and is driven to the station by a teacher, but Thing is surreptitiously following him.

Rowan travels to the restroom at the station, when his look transforms from that of a student to that of an elderly man. Unfortunately, Thing loses track of him and fails to witness this change. Later, the old man becomes principal Larissa. Wednesday is saddened by Thing’s decision to abandon Rowan at the station.

Wednesday and Bianca engage in a knowledge duel during the class on carnivorous plants, and a few buttons are pushed.

However, Tyler and his father are becoming further apart. He believes that Tyler is disparaging him to his therapist and wishes to know what they are discussing. Tyler informs him that they discuss his mother, and he leaves after informing him that he will not be home for supper.

Wednesday later asks Enid to be her lookout so she can return to the forest. Enid urges that she apologize to Thing for her rude behavior and consider assisting her. Wednesday apologizes to Thing and reveals to Thing that she fears she may be accountable for future catastrophes. Enid maintains her word and assists Wednesday during her beekeeping club engagement by posing as her.

Wednesday is assisted in the woods by Tyler, who is pursuing his father. She informs Tyler that she has returned to the woods to gather proof that Rowan is deceased and that she is not losing her mind. She is also curious as to why the monster rescued her from Rowan. She discovers Rowan’s glasses in the woods and gets a vision as she takes them up.

She sees in her vision the events of the day the gargoyle nearly murdered her. Rowan is shown to be behind the attack, and she also discovers the source of the drawing. Ms. Thornhill informs her that the book belongs to the nightshades, an old student organization. The student society has been disbanded for some time.

Wednesday is told by Ms. Thornhill that she was impressed by Wednesday during the carnivorous class. She reveals on Wednesday that she, too, is struggling to fit in as a typical instructor. Wednesday also informs her that she enjoys having people detest her. Ms. Thornhill advises her to never lose her ability to identify herself independently. In addition, she pledges to be there if she ever needs someone to talk to.

Later, Wednesday enters Xavier and Rowan’s room in secret to search for the book. Xavier comes to the room before she can leave after discovering a mask. She hides beneath the bed, and Bianca pays him a visit.

She overhears their talk, and it appears that Xavier was concerned that Rowan intended to harm Wednesday. In addition, she overhears Bianca’s plans to dominate Enid in the impending tournament. Bianca sabotaged Enid, causing her to compete without a copilot. Wednesday chooses to assist Enid so she can defeat Bianca.

The following day, Wednesday and Enid will compete together. As there are no restrictions, everything is fair game, which Bianca exploits to her advantage. During the competition, though, Wednesday has a different vision. This time, she sees a reflection of herself, which informs her that she holds the key. Wednesday continues, as they employ Bianca’s deceitful strategies against her to win.

Wednesday discovers a clue to the mystery she is attempting to unravel afterward. She discovers the book Rowan obtained the image from in a secret school library. She is unfortunately captured before she can flee the room.

Wednesday chose to stay and uncover the school’s riddle. Clearly, as a writer of mystery novels, she could not resist the impulse to investigate.

It appears that she and Bianca will maintain their animosity throughout this season. I wonder whether Xavier is assisting her or hiding something. Time will tell just what his deal is, but Wednesday once again offers a fantastic episode.

Sat Dec 3 , 2022
Episode 3 of Wednesday begins just where the previous chapter ended, with Wednesday being captured in the secret Nightshade room. The sack is removed from her head, and her hands are tied behind her back. She is surrounded by masked individuals, but she recognizes Bianca and requests that she removes […] 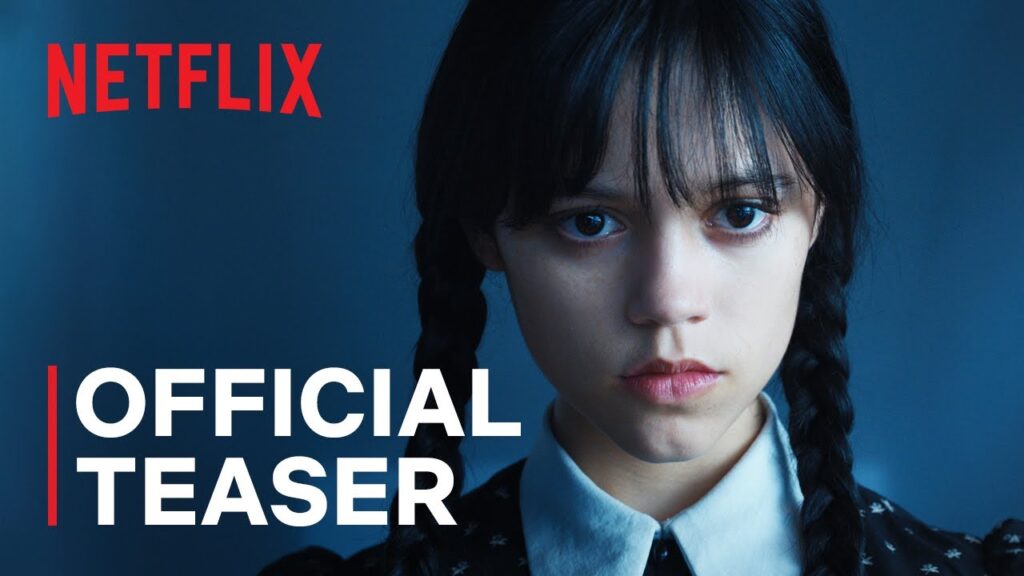