Sheriff’s deputies first responded to a report of a shooting at around 2:20 p.m., Capt. Eamonn Allen said in a statement. They found four people dead from gunshot wounds and a fifth person injured at the first scene in the 12700 block of San Mateo Road. Shortly thereafter, deputies found three other people killed at another location along Cabrillo Highway.

At about 4:40 p.m., a sheriff’s deputy noticed the suspect, identified as 28-year-old Chunli Zhao, in his car parked outside a sheriff’s substation. He was arrested without incident and a weapon was found in his vehicle, Allen said.

According to the authorities, Chunli Zhao, a resident of Half Moon Bay, is believed to have acted alone, but officials haven’t determined a motive for the shootings yet. He is believed to be a worker at one of the facilities, she said during a news conference.

This shooting incident serves as a tragic reminder of the devastating impact of gun violence and the importance of addressing this issue in our society. The shootings are the the sixth mass killing that the U.S. has seen in less than three weeks, according to the Gun Violence Archive.

David Pine, president of the San Mateo County Board of Supervisors, said in a statement following the Half Moon Bay shooting, “We have not even had time to grieve for those lost in the terrible shooting in Monterey Park,” he said. “Gun violence must stop. The State of California has among the strictest gun laws in the United States, which we have strengthened through local action here, but more must be done. The status quo cannot be tolerated.”

California Gov. Gavin Newsom also tweeted that he was “at the hospital meeting with victims of a mass shooting when I get pulled away to be briefed about another shooting. This time in Half Moon Bay. Tragedy upon tragedy.”

Our thoughts and prayers are with the victims and their families during this difficult time.

Tue Jan 24 , 2023
Youtuber Priya Das in the Spotlight for the Wrong Reasons Nowadays, an Indian Youtuber named Priya Das is in the limelight of media. She is one of the hottest topics on the internet at this moment but not for good causes. Since Priya Das Youtuber Viral Video surfaced on the […] 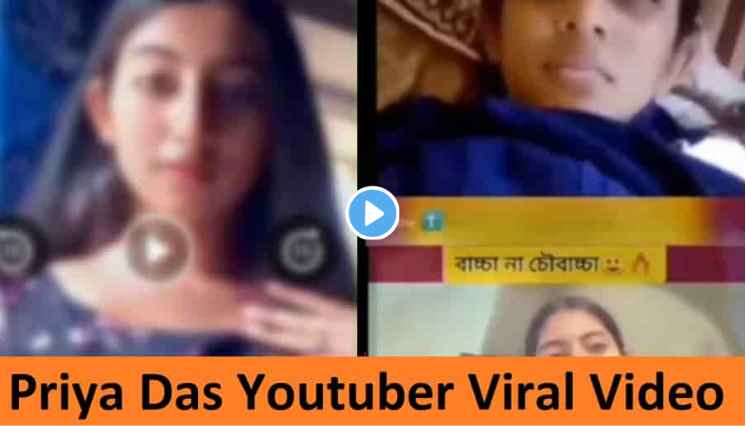